Huge congratulations to Oliver Hoare who has just been named on the Australian Olympic Team for the Tokyo Olympics in the 1500m! 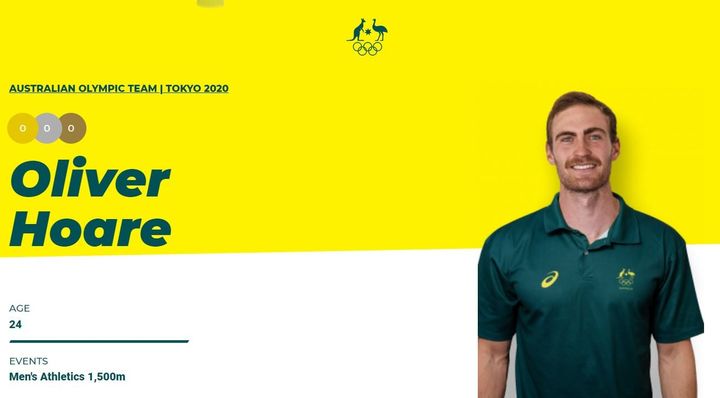 Huge congratulations to Oliver Hoare who has just been named on the Australian Olympic Team for the Tokyo Olympics in the 1500m!!

Oli who has been a highly successful runner for many years, ran for Sutherland District Athletics Club in his junior years and achieved terrific results at State and National level. One of his great successes during this period was his win in the Australian U20 Cross Country Championship in 2015 in his final year of high school. He also won the 2016 NSW Open Men 1500m at the NSW Championships as a junior which would set the tone for his future career.

He gained a scholarship to study and compete in the USA college system where his success continued by winning the NCAA 1500m Championship in 2018. Success continued for Oli and upon finishing college, he turned professional and joined the ON Athletics Club which features other high class runners.

Since then he has continued to grow where he broke the Australian Record in the indoor 1500m running 3:32.35 and currently has a PB of 3:33.19 for the outdoor 1500m which he will be racing in Tokyo.